The Nurture Effect: A Q&A with Anthony Biglan

In his new book The Nurture Effect: How the Science of Human Behavior Can Improve Our Lives and Our World, Psychologist Anthony Biglan, a senior scientist at the Oregon Research Institute, describes how interventions aimed at creating nurturing environments could help solve some of society’s most stubborn, harmful, and costly issues. Crime, delinquency, depression, and heart disease are often, he explains, the outcomes of environments that fail to promote well-being.

In the Nuture Effect, Biglan calls for a public health movement akin to the smoke-free campaign of the last 50 years. He suggests the science behind nurturing environments could drive a similar shift in public health and well-being.

We spoke with Biglan to learn how preventive interventions help create nurturing environments and discuss the cost-benefit analysis of these early intervention programs. We also touch on the ways behavioral science research can inform health care and spark science-driven change.

Anthony Biglan: A psychologist at the University of Rochester (David Olds, now at the University of Colorado) thought that if nurses could [work] with pregnant women who were at high risk to have problems with their babies that that could make a difference in the baby’s development. He originally did a randomized trial in Elmira, New York. They identified young women who were in their first pregnancy, were poor, and possibly unmarried, because [they’re] known to be the highest risk group in terms of the outcomes for their babies. The nurse befriended the woman as soon as they could, and they work[ed] with the mother around all of the kinds of things that needed to happen.

I think in some ways the most important first step was that they befriended the woman. If you go to the Nurse-Family Partnership website they have the stories of a number of women, and the first thing you notice is that [the nurses] start to befriend the woman. Very often these are women who don’t have friends–the boyfriend said it’s not mine, or he’s disappeared, the parents of the teenage pregnant woman may be angry, not very supportive–and so she’s under tremendous stress and feels not very good about herself. Along comes a nurse who just becomes her friend, and helps her start to think about what she wants in her life and how to move forward in her life, makes sure she gets the prenatal care she needs and [helps] her negotiate the social tensions, so that she can find some people in environment who will be socially supportive and how she can cope with what may be anger and aggression that she’s getting from other people.

We could have historically low levels of delinquency, academic failure, depression, all of the problems that have plagued society…if we could  put these programs effectively in place throughout the country.

Working with the mother during the pregnancy and the first two years of life, they’re able to help these young women get off on the right track, and, once the baby is born, learn the skills they need for comforting that child and parenting effectively. That first study they followed the kids into age 15. The ones who got the Nurse-Family Partnership had half the rate of arrests for delinquency as the kids who didn’t get it. There have been 3 randomized trials of it and each of them has shown considerable benefit in terms of the well-being of the children. You’re putting them on a trajectory where they’re getting the cognitive skills, the self-regulatory skills, the social skills they need to succeed with other people and succeed in school.

EN: In your book, you look at many programs using a cost benefit analysis, examining the economic benefits of investing in families, in schools, and in programs like the Nurse-Family Partnership. Can you describe why it is important to consider programs from this point of view?

AB: There’s an organization called the Washington State Institute for Public Policy. There’s an economist there named Steve Aos. He and his group have done systematic analyses of the costs and benefits of a whole host of programs. For example the Nurse-Family Partnership delivered to one family during pregnancy and the first two years of life costs about $10,000, which sounds like a whole lot of money. But when they analyze the reductions in the costs due to special education, criminal justice, health care, child abuse costs, it is more than $56,000 that’s saved. So I think it’s very important to get people to understand that we could significantly reduce not only the psychological and behavioral problems that are so costly, but the public costs and the costs to victims that we incur when we fail to prevent these problems. We could have historically low levels of delinquency, academic failure, depression, all of the problems that have plagued society. We could have much lower levels of them, if we could  put these programs effectively in place throughout the country.

One of the tricky parts about this though is, let’s say that you fund the public health service in a county to do the Nurse-Family Partnership. Let’s say they have a hundred families and over three years, it’s going to cost $10,000 per family. We’ll that’s a big budget for those programs. That organization, the county public health [organization], is not going to get that money back. It’s crime victims who are going to not be victimized, it’s special-ed that’s not going to be spent. So when we say that these programs are cost-beneficial, they are to the society, but not necessarily to the entity that has to put up the money to implement the program. That’s one of the reasons that I think it’s been hard to get as much support for these as we might.

EN: How is modern health care incorporating what we’ve learned about psychology into their practice so that we’re ensuring psychological well-being as well as physical well-being?

AB: I was asked to brief the Advisory Committee to the National Prevention Council, which was created under the Affordable Care Act, about prevention. I had the thought that the healthcare system, the MDs, the people dealing with physical health, weren’t sufficiently aware of the degree to which stressful environments and psychological and behavioral problems are risk factors for cardiovascular disease, cancer and so on. I began to look at that literature, and I can tell you that there’s very good evidence that a child who is having a stressful family upbringing is significantly more likely to have cardiovascular disease as an adult. A child being raised in poverty, and the US raises more children in poverty than any other developed country, is significantly more likely to have cardiovascular disease in middle age than someone who wasn’t raised in poverty, and the only exception to that is that if the person raised in poverty says that their mother was nurturing.

A child being raised in poverty, and the US raises more children in poverty than any other developed country, is significantly more likely to have cardiovascular disease in middle age than someone who wasn’t raised in poverty.

We tend to think about physical health as something that we deal with when you get sick or you develop a chronic illness and you go to a doctor. We are going to have a hard time producing improvements in America’s health if we stick to that model. We have got to begin to recognize that most of the chronic illnesses that are killing most of the people are ones that get started early on — when a kid starts smoking, when a kid develops obesity, when a kid is stressed. The kinds of things that we’ve been talking about, in terms of family and school interventions, are critical for physical health, and I don’t think most physicians know that, and I don’t think the leadership of healthcare nationally knows that.

EN: You have had a long career in thinking about prevention, can you think of a project that you worked on that you feel policy makers, behavioral scientists, and the general public should know about?

AB: What comes to mind, is a somewhat different answer.  A lot of my work has been on smoking prevention and I’ve done a whole bunch of smoking prevention studies. When I give talks now, I usually say something like, you know if this talk were given 40 years ago this room would be full of cigarette smoke and I would have been one of the people smoking. People who are younger don’t realize just how much our society has changed with respect to smoking. In fact, I was an expert in US versus Philip Morris et al. That might be the most important thing I did. I testified against the tobacco companies, and the judge essentially adopted all of my assertions and ruled for the Justice Department and against the tobacco companies.

The Healthy Society in Fifty Years by Anthony Biglan

But the reason that smoking declined was because there have been relentless efforts to change policies and to influence people to quit smoking. Research certainly helped in that, but it was a public health movement. Clean indoor air laws and increasing taxes on cigarettes are two major factors that have influenced a lot of people to either not take up smoking or to quit smoking.

Anthony Biglan, Ph.D. is a Senior Scientist at Oregon Research Institute and the Co-Director of the Promise Neighborhood Research Consortium. He has been conducting research on the development and prevention of child and adolescent problem behavior for the past 30 years. His work has included studies of the risk and protective factors associated with tobacco, alcohol, and other drug use; high-risk sexual behavior; and antisocial behavior. He is a former president of the Society for Prevention Research and was a member of the Institute of Medicine Committee on Prevention. As a member of Oregon’s Alcohol and Drug Policy Commission, he has helped to develop a strategic plan for implementing comprehensive evidence-based interventions throughout Oregon.

Corrections: An earlier version of the article incorrectly stated the financial benefit of the Nurse-Family Partnership as $25,000, when it is $56,000. An earlier version also stated that Anthony Biglan briefed the National Prevention Council, when it was the Advisory Committee to the National Prevention Council. Both changes are now reflected in the article. 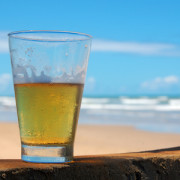 What's a Beer Worth? New Research Shows How Scarcity Affects Your Answer 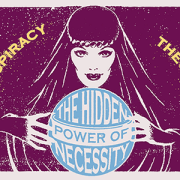 The Comfort of Conspiracy: Finding Meaning in Free Masons, Shadow Governments, and the Illuminati

Q&A with Nicholas Epley Part 2: Ourselves & Our Technology

Why Governor Nixon has to remove prosecutor from Michael Brown Case

ideas42 Sets Out to Help End Poverty Through Behavioral Interventions 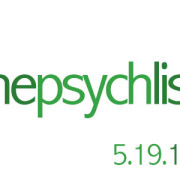 A Caution to Measuring Character in Schools & More Weekly Links

People Favor Naturals Over Strivers — Even Though They Say Otherwise 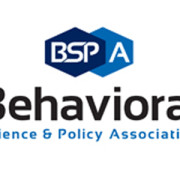 Behavior Science Books of First Half of 2016

The Psych List: Do employees prefer the boardroom or living room? Plus more...

The Healthy Society in Fifty Years
Scroll to top